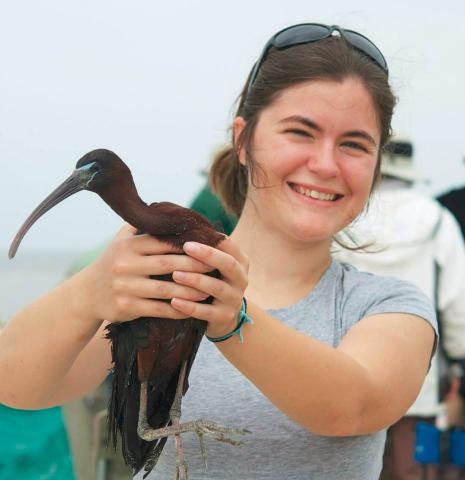 Meredith received a B.A in Political Science from West Virginia University in 2011.  While in college, Meredith became active in the Sierra Student Coalition and organized around mountaintop removal mining (MTR) and coal issues.  She returned to NJ to participate in the NJ Watershed Ambassador Program in 2012 and interned with the NJ Invasive Species Strike team soon after.  In 2013, Meredith worked in Appalachia, VA with the Southern Appalachian Mountain Stewards (SAMS) to continue organizing in communities impacted by MTR and coal mining.  Meredith then returned to NJ to continue her career.  After taking a year to work in the human services field, Meredith joined the American Littoral Society in 2015 and has been busy working in South Jersey ever since.