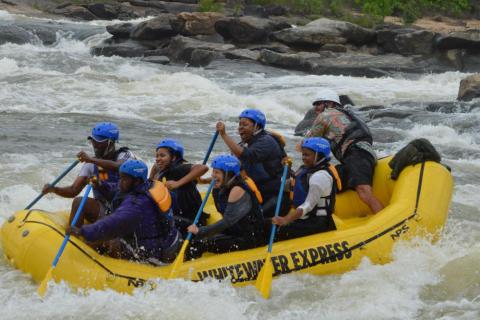 The Education Director (Positive Growth Inc.) and Adjunct Professor (Spelman College) began as founding director and facilitator of Sustaining Urban Villages Inc. (SUV) providing Team Building/facilitation, Environmental Education, and Service Learning. SUV's projects have included many client partnerships to name a few: The Dekalb County School System, The National Wildlife Federation, AmeriCorps Alums, Hands On Atlanta/Network and Disney Parks' “Give A Day Get a Disney Day”. SUV developed $1.2 mil. in support for urban forestry, via grants, programming, and volunteers/staff/interns for the City of Atlanta's OAC. The SUV/OAC project implemented a student technology transfer to conduct a sample census of the urban forest. As an AmeriCorps Alumni Brendon was featured in a national TV commercial campaign promoting civic engagement titled "Be The Change." The Oprah Winfrey Network featured him in the commercial series on "Future Friendly Initiatives" sponsored by P&G on OWN. A 2011 honoree of the Champion of Inspiration award from the Points of Light Institute. In 2012-13 Brendon served as a Federal Advisory Committee Member on the 21st Century Conservation Service Corps, US Department of the Interior. Currently serves as a part of the steering committee for the Clarkston Afterschool Collaborative.