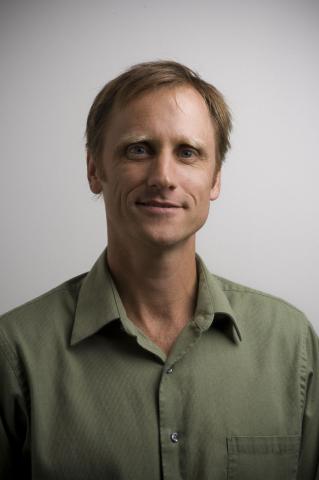 Jeff has spent the last 19 years producing more than a dozen award-winning environmental documentaries including the most recent, "Kilowatt Ours: A Plan to Re-Energize America." Barrie has led successful efforts to reform transportation policies in Tennessee, developed recycling campaigns in Southern California, and built a broad coalition of wilderness advocates across America. Barrie's current Kilowatt Ours Initiative aims to improve the energy efficiency of the Southeastern United States. Barrie was recently awarded a 2007 Tennessee Arts Fellowship, a lifetime achievement award, by the Tennessee Arts Commission, and the 2007 Conservation Educator of the Year by the Tennessee Wildlife Federation. Jeff is now finishing a new documentary about bicycling across America for the environment, called "Pedaling A Dream."  He lives in Nashville with his wife Heather and their two daughters Lily and Antonina.